What is the PLC programming language ?

Programming Languages
A program loaded into PLC systems in machine code, a sequence of binary code numbers to represent the program instructions.
Assembly language based on the use of mnemonics can be used, and a computer program called an assembler is used to translate the mnemonics into machine code.
High level Languages (C, BASIC, etc.) can be used.

Ladder diagram features
Power flows from left to right.
Output on right side cannot be connected directly with left side.
Contact cannot be placed on the right of output.
Each rung contains one output at least.
Each output can be used only once in the program.
A particular input a/o output can appear in more than one rung of a ladder.
The inputs a/o outputs are all identified by their addresses, the notation used depending on the PLC manufacturer. 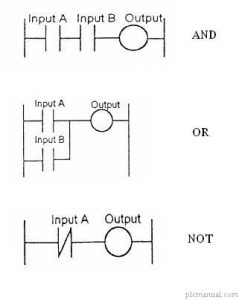 Introduction to Statement list
Statement list is a programming language using mnemonic abbreviations of Boolean
logic operations. Boolean operations work on combination
of variables that are true or false.
A statement is an instruction or directive for the PLC.

Function Block Diagrams
Function block is represented as a box with the function name written in. 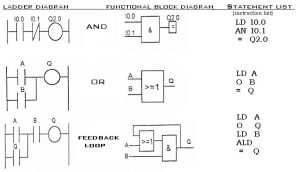 Please note:
LD : load
O : OR
AN : and not (and a normally closed contact)
ALD : AND the first LD with second LD 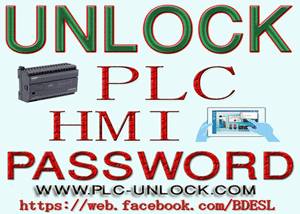